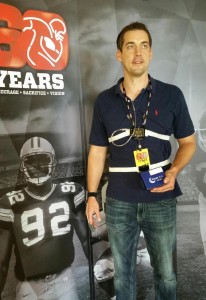 I was invited by David Gergen Executive Director of the American Sleep and Breathing Academy (ASBA) to attend the NFLPA 2016 Former Players Convention. I was there to demonstrate the value of home sleep testing in evaluating sleep disordered breathing using the Nox T3 by Carefusion. This is the second year that David has invited me to participate and I am grateful for the opportunity to contribute. I continue to be impressed with the effort the NFLPA takes to foster the community atmosphere for the former players.

This year the ASBA added the oral appliance treatment component with the attendance of Eugene Azuma DDS. Dr Azuma and his daughter Erin participated by consulting former players, who were previously diagnosed with OSA but were untreated, on the benefit of oral appliance therapy. Dr Azuma is an Oahu HI dentist and member of the ASBA. He has participated in the ASBA Study Study Club, taken the Diplomacy review course and is writing his Diplomacy Exam on April 17th 2016. I really appreciated the energy and enthusiasm he brought to the meeting in Maui. I'm sure that other ASBA members want to start working with the NFLPA former players. There is a program to help former players with regional meetings at NFLPA Former Player chapters, this will begin after the April conference (contact David Gergen, David@myasba.com for details). 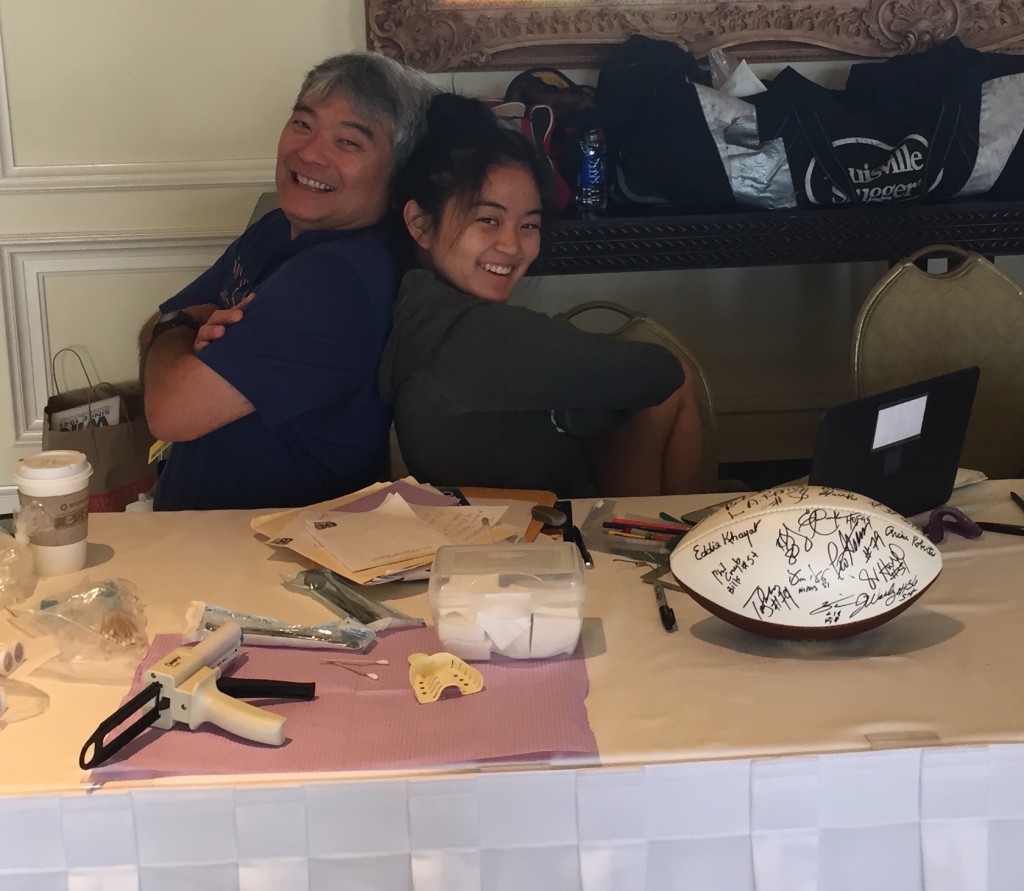 Andre Collins Director of former player services really went above and beyond to help us communicate the importance of sleep apnea diagnosis and treatment. The light that the NFLPA has shone on the sleep apnea condition over the last 10 years has been very bright.

David Gergen has developed many close friendships with former players including Roy Green, Derrik Kennard and Eric Dickerson to name a few. Eric Dickerson has confirmed his attendance at the 2016 Sleep and Wellness conference this April 15 and 16, 2016. Click Here to Register

Eric Dickerson has become a real fan of the work that the American Sleep and Breathing academy has been doing and has even become an avid reader of Sleep and Wellness magazine the official magazine of the ASBA. 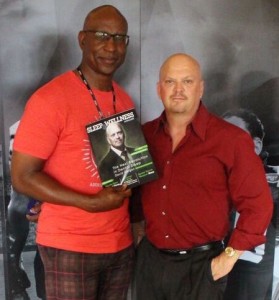 The Agenda for the ASBA meeting is very strong with a little something for everyone. We have a 101 level breakout session lead by Dr. Erin Elliott, for dental teams new to the field. On the main stage we will have a presentation by Dr Jerry Weisfogel the first Cardiologist in the country to be board certified in sleep. His presentation will cover sleep from the perspective of the practicing cardiologist and Sleep apnea as a chronic disease requiring chronic care management. Click Here for the Agenda