Harvard Women’s Health Watch: Be Careful When it Comes to OTC Sleep Aids 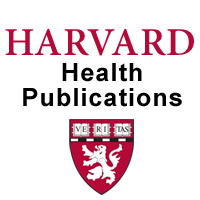 Harvard Women’s Health Watch, a division of Harvard Medical School’s publishing division, is encouraging readers to go beyond over the counter (OTC) sleep aids. In a Dec 2018 article (Drugstore sleep aids may bring more risks than benefits), editors caution that many common pharmacy remedies do not offer the best solutions.

The article, geared toward the non professional consumer market, cites a 2017 recommendation from the American Academy of Sleep Medicine (AASM) that encourages people to not treat chronic insomnia, “with common over-the-counter antihistamine and analgesic sleep aids as well as herbal and nutritional substances, such as valerian and melatonin, because there is not enough evidence that they are effective or safe.”

According to the article, which does not mention oral appliances or CPAP, risks include short-term problems such as daytime sleepiness, grogginess, and falls. “In addition, most sleep aids fall into a category of drugs known as anticholinergics, which have been linked to dementia and Alzheimer's disease among heavy, long-term users,” says Dr. Suzanne Bertisch, an assistant professor of medicine at Harvard Medical School.

In addition to discouraging antihistamine-based products, Harvard Women’s Health Watch encourages caution when it comes to so-called natural remedies such as melatonin.

“Unfortunately, melatonin is generally not very effective in helping to treat chronic insomnia,” says Dr. Bertisch. "It may be useful in some cases to help shift your body's natural clock if you are jet-lagged, or in people who have circadian rhythm issues that are causing their sleep disturbances. But people who take melatonin on their own often take it incorrectly, minimizing any of the potential benefits it could produce.”

Click Here to read the article in its entirety.

« ASBA Evolution - Getting the NFL on Board
Sleep Your Way to the Top? »
Copyright © American Sleep and Breathing Academy