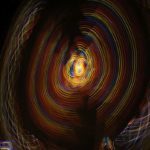 Increased sleep duration is associated with increased risk for incident type 2 diabetes, according to a new study titled "Change in Sleep Duration and Type 2 Diabetes: The Whitehall II Study" recently published in the Journal Diabetes Care.

Jane E. Ferrie, PhD, from the University of Bristol, UK and colleagues examined whether a change in sleep duration is associated with incident diabetes using data waves spanning more than 20 years. Sleep duration was reported at the beginning and end of four 5-year cycles from 1985-1988 to 2007-2009.

The researchers found that after adjustment for age, sex, employment grade and ethnic group, an increase of at least 2 hours of sleep per night correlated with an increased risk for incident diabetes compared with a reference group of persistent 7-hour sleepers (OR=1.65; 95% CI, 1.15-2.37).