Massive Insomnia Spike Among Members of the Military 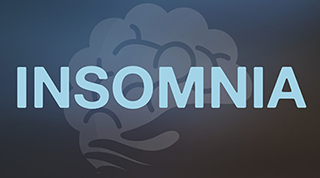 Results of a multi-year study by the Sleep Research Society concluded that insomnia rates soared among combat soldiers from 1997 to 2011, spiking considerably after the 2003 invasion of Iraq. As reported in Military Times, the study covered 1.3 million military personnel, and indicated a direct association between insomnia and exposure to combat.

“In the eight years following the invasion, the rate of insomnia, a sleep disorder known to increase the risk of cardiovascular issues, diabetes, stroke, depression, and anxiety, skyrocketed 652 percent among military personnel,” writes J.D. Simkins in Military Times. “And while post-traumatic stress disorder and traumatic brain injuries suffered as a result of combat deployments have been identified as known contributing factors, solutions to the alarming trend have proven to be elusive. Until now.”

Seeking answers to the newly discovered problem, the Department of Defense awarded a $2 million contract to the Noctem company to conduct trials on 800 Sailors and Marines in the most extensive sleep trial the department has ever undertaken. Led by Dr. Ann Germain, the treatment will consist of using the Noctem app, described as a smart phone platform patients can use to actively engage with their clinicians. “Patients using the app essentially have a sleep coach in their pocket, and the providers using the app can monitor, almost in real time, sleep health and behaviors that effect sleep quality,” Germain told Military Times.

One way providers monitor a patient’s progress is by viewing a short set of questions patients answer each morning and evening to document sleep patterns. Recordings can then be compared to sleep statistics of other anonymous app users. “Based on the information compiled, a clinician can then offer a personally-tailored plan that addresses how to quell any existing detriments to sound sleep — nightmares, for example,” writes Simkins.