OSA the NFL and Athletic Performance 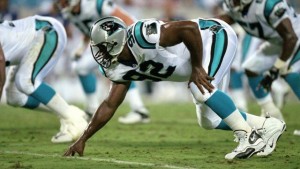 Is your sleep restless? Is your loud snoring keeping your family up? Do you wake up tired and drag your feet through the day? You may have Sleep Apnea! Athletes’ work very hard at being fit, often falsely believing that they could never have something like Sleep Apnea, commonly thought to be a fat, old man’s disease! However, the statistics tell a different story.

There have been many cases of athlete’s succumbing to Sleep Apnea. One famous example being famed football player Reggie White, nicknamed "The Minister of Defense". Reggie died in his sleep at the age of 43 while not wearing his CPAP, which was sitting unused on his nightstand.  A study investigating Sleep Apnea in Football players found that overall, 14% of professional football players suffer from Sleep Apnea, nearly 5 times higher than similarly aged adults in the general population. Interestingly 85% of the afflicted players were Offensive and Defensive lineman. (George CFP, et al. N Engl J Med. 2003). Another study conducted by Dr. Mair, University of North Carolina at Chapel Hill in 2006 found that, "The traits that make professional soldiers formidable on the battlefield, including increased BMI from upper-body muscular hypertrophy, and large, muscular necks, can leave them gasping for breath as they sleep." Dr. Emsellem, director for Sleep and Wake Disorders in Chevy Chase, Maryland says "The physical characteristics associated with optimal performance in certain sports can also predispose athletes to sleep apnea".

Christopher Winter, M.D., medical director of the Martha Jefferson Hospital sleep medicine center in Charlottesville, Virginia says "There are athletes everywhere who have sleep apnea",  "Not only does the apnea affect their athletic performance, but it is extremely hard on their cardiovascular systems as well."

Sleep is recovery time for the human body, during the day, an athlete may be very hard on his or her body, if their sleep is disrupted by untreated 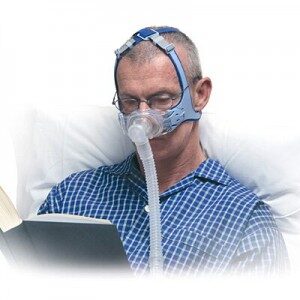 Sleep Apnea the body isn't able to fully heal itself. So, not only is the patient suffocating in their sleep, their body is slowly degrading because it never has a chance to heal. CPAP and Oral Appliances are two effective and conservative ways to manage Snoring and Sleep Apnea.

So, how does an athlete know if he or she is at risk? "There are a lot of symptoms of sleep apnea to look for, but ultimately, it’s in the hands of a medical profession to diagnose Sleep Apnea. The truth is that anyone can suffer from Sleep Apnea, regardless of level of fitness or BMI. However, certain groups seem to be at higher risk. It appears that for certain sports, professional and semi-professional athletes that work to elite levels are in this high-risk group. If you would like to read more visit reggiewhitefoundation.org

« Breaking News: S8262 has been removed by Medicare and will not be covered under private medical insurance for TMJ-TMD splints as of 06-20-15
Is the transportation industry over regulated around Sleep issues? »
Copyright © American Sleep and Breathing Academy