I met Derek Kennard early in his process. He was really suffering with fatigue and it was affecting all aspects of his life. His snoring was a real problem of course and it was affecting his relationship with his wife. His real problem was the big dark circles under his eyes and his inability to stay awake. I noticed he was exhibiting all the classic symptoms of obstructive sleep apnea syndrome. As it turned out his real battle was with the therapy. He had excellent therapists who really pulled out the stops to find the appropriate patient interface. CPAP was just not something that Derek was able to comply with. Kennard has become a very outspoken proponent of oral appliance therapy, he has worked with many clinical organizations including ours to educate patients and clinicians about OSA and all the possible treatments.-ed

It is Time to Wake up to Sleep Disorders

Sleep Disorders have dominated the health and wellness blogs and news sites for the last several years. It is time for patients and caregivers to wake up to the issues that come from sleep apnea.

More than 40% of adults in the U.S. have a disorder such as snoring, insomnia, restless leg syndrome or sleep apnea, according to recent studies. Dr. Patricio Reyes head of Neurology Veteran’s affairs hospital Phoenix AZ says in his recent experience it's now clear that a lack of sleep "not only increases the risk of errors and accidents, it also has adverse effects on the body and brain,". Neurological impact of sleep according to shows a clear implication in Dementia, Parkinson’s disease and Alzheimer's disease. Yet most sleep disorders go untreated. 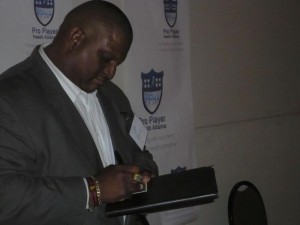 Derek Kennard a former NFL center and Dallas Cowboys Super Bowl champion who was tough enough to play a championship game against the Pittsburgh Steelers with a separated shoulder was almost brought down by sleep apnea. He just didn’t sleep well at night. Only grabbing sleep in 2 hour increments.  Kennard says his wife reported his breathing would stop, she would need to nudge him to get him breathing again. His passion for publicizing sleep diagnostics and therapy comes not only from his obvious success but from the fact that his brother a diagnosed sleep apnea patient passed away in his sleep from a heart attack. Heart problems are a recognized complication of sleep apnea. Reggie White also passed in his sleep of a heart attack.

Kennard is very aware of the large segment of the population that have sleep apnea. In his role as a school councilor, he has seen the signs and symptoms of obstructive sleep apnea in his coworkers. So this condition is not only a condition related to the bigger guys on the team.

Sleep Apnea is often associated with obesity which can create a false impression of a patient’s potential risk. Kennard’s brother was 6’4” and skinny as a rail.

Once his condition was identified Kennard went to a sleep Dr for a few tests. The most important test was an overnight sleep study. As part of the study he was put on CPAP. CPAP is a device that blows air up your nose and holds your airway open. This device is considered the gold standard or best in class therapy for obstructive sleep apnea. Kennard found that this was not a treatment he could tolerate.

The greatest impact Kennard’s condition had on his life was the sleepiness that came from waking every 2 hours. This sleepiness caused mood swings, concentration issues and of course drowsy driving. He reported falling asleep while driving often stopping on the way home from work for a short nap to improve his concentration.

Many Studies have been done in the sleep lab at Arrowhead Hospital "A patient who is young who is young, healthy and fit can be put them in a pre-diabetic state just by putting them on an irregular sleep schedule," Reyes, says.

It is also shown in recent research that there is also a strong connection between sleep and the immune system, Reyes says. "People who do not sleep well have a 200 to 300 percent increased risk of actually catching a cold,".

Dr. Rudi Ferrate a sleep Dr. from Arrowhead Hospital says i"My whole clinic is full of patients who are brought in by their spouses,"  When a patient is being initially diagnosed assessed Dr. Ferrate uses a simple questionnaire call the Epworth sleepiness scale. This is a list of 8 simple questions which have been validated to give a very accurate prediction of sleepiness.

Dr. Ferrate is a board certified sleep physician who is focused on all of the more than 94 sleep disorders from bed wetting and nightmares to sleep apnea. Sleep Apnea affects 1 in 3 adult makes in the United States. Dr. Ferrate requires an objective measure of sleep quality using an at home or in hospital sleep study in order to form a diagnosis of sleep apnea. 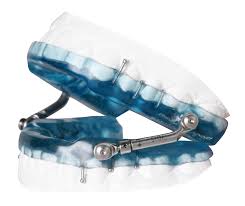 Sleep Apnea is a term that refers to the absence of airflow either due to airway obstruction or due to neurological component in which the brain does not ask for a breath. The treatment for Sleep Apnea is continuous positive airway pressure (CPAP) device or, more recently an oral appliance like a sleep Herbst.

Derek Kennard's wife couldn't stand his snoring, but she didn't love listening to his CPAP machine either. Kennard was concerned that “Darth Vader machine took the sexy out of the bedroom. Kennard said to me I can’t wear thing that thing, I feel like I am drowning.

“Some players have such severe sleep apnea that they must use both a CPAP machine and a Herbst device to get restful sleep, but Kennard is glad that the device is adequate for his treatment.

Sleep diagnosis at home or in the sleep lab is a very important part of getting treated. This will provide an objective diagnosis for the sleep physician to evaluate your condition and suggest a treatment. There are a wide range of options for treatment. CPAP for severe cases mild to moderate cases with the sleep Herbst and in some cases positional therapies with a slumberbump body position device. This can be purchased through