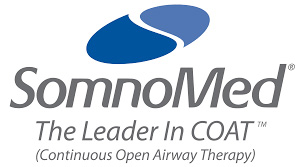 SYDNEY, AU - SomnoMed Limited will close all Renew Sleep Solutions (RSS) operations by the end of 2018. The announcement from SomnoMed Chairman Dr. Peter Neustadt came earlier this week during the company’s annual general meeting. Neustadt also reported that CEO Derek Smith has agreed to step down, while Neil Verdal-Austin will be installed as the new CEO.

The RSS closures will end a two-year “direct to patient” concept for the treatment of obstructive sleep apnea (OSA) that began with treatment centers set up across the United States.

“The first RSS centre opened in December 2016 and early results of the first group of four centres seemed to confirm our original assumptions,” said Neustadt during the meeting. “The reaction to our initial advertising campaigns was good. In total we have received over 60,000 inquiries since RSS started operations. As with any new business, there were a number of issues which were considered to be solvable and not abnormal given the complexity and novelty of the business. These included initial start-up issues in our call centre, in the arrangement and timing of sleep diagnoses, in the accreditation of dentists with insurers, in finding the right media strategy and advertising content and in lifting the conversion rates.”

According to Neustadt, the closures were ultimately motivated by high advertising costs and lower patient numbers than expected, primarily due to significant increases in health insurance premiums—all of which had “a devastating impact on the RSS business.” The following italicized material is a transcript that details the externals factors that led to the closure decision:

1) Significant increases in health insurance premiums have occurred in the USA since the beginning of the 2017, which led to high increases in “deductibles” (the amount of cost the patient has to pay out of his or her own pocket before the insurer starts to contribute). This has impacted on medical treatments which were considered to be non-essential (elective). Many patients delayed their decision to proceed once they realized the amount of money required to pay out of their own pocket, given the higher level of deductibles than previously. Whilst we saw this initially as a sign of a more pronounced seasonality of our medical business, it has reduced the overall demand more than we expected, dragged our conversion rate down and produced lower patient numbers than we expected.

2) In the last six months we have experienced a reduction in the average yield per patient received by RSS of around 25%, linked to the reduction or reimbursement amounts by certain insurers. The reduction in yield, high advertising cost and lower patient numbers than expected increased the losses to an unsustainable level in the last few months. The closure of some centres in September this year created some relief but not sufficient to make a fundamental difference to the economic viability of the business and its likely future funding requirements.

“Whilst we believe there may be a future for a ‘Direct to Patient’ approach for the treatment of OSA, especially given the lower acceptance of COAT™ in the US compared to other countries we are operating in, it would require more time, more money and a lot of good management to turn RSS into the business we were originally expecting to have,” said Neustadt. “Further, even given time and money, there were other risk factors to consider if we decided to continue with RSS. Such risks include the possibility of more insurers reducing the level of reimbursement, further negative reactions from SOMNA’s customers, much more capital needed, as losses could possibly stretch into 2019/20, and the distraction of our group management. Each of these risks could impact on the positive prospects of SomnoMed’s core business, which offers significant growth potential in the future.”

In the decision to part ways with CEO Derek Smith, Neustadt cited changed circumstances that made new leadership essential. “In appointing Mr. Verdal-Austin as SomnoMed’s new CEO, the Board selected a candidate who has worked for our company for over ten years successfully as CFO,” Neustadt said. “In addition to his CFO role, Neil also managed as executive vice president for SomnoMed’s APAC region, with our businesses in Australia, New Zealand, Singapore and South Korea for a period of four years from 2014 to the end of June this year…my priority right now is to re-focus SomnoMed back onto a safe and credible pathway, optimizing revenue growth and building group profitability.”

« Spying, Buying, and Discomfort: CPAP Trifecta Points Toward Oral Appliances
ASBA Evolution - Getting the NFL on Board »
Copyright © American Sleep and Breathing Academy