Sugg – Four Decades and No End in Sight

National Football League (NFL) players get used to excellent medical care during their playing days as high profile athletes, and that yearning for the best continues into retirement. Plenty of cowboys from the ranch, and even a few from the gridiron, find their way through the doors of Dallas-based Wheatland Dental because they want the best treatment. 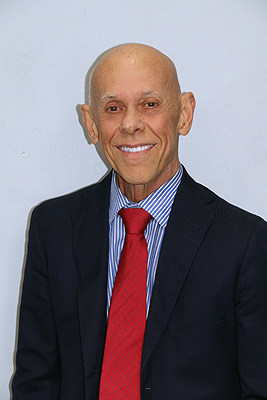 Dallas Cowboy legend Tony Dorsett (running back), Michael Irvin (wide receiver), Preston Pearson (running back) and Derek Kennard (center who blocked for QB Troy Aikman) are just a few of the many football legends who rely on the dental team at Wheatland headed by Harry L. Sugg, DDS.

According to Kerry Sugg, Dr. Sugg’s wife, Derek Kennard has said that Dr. Sugg’s intervention, in the form of oral appliances to treat obstructive sleep apnea, saved his life. 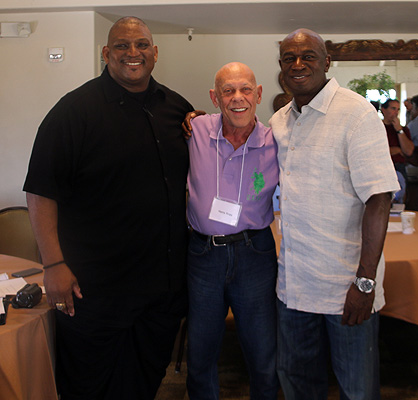 “Derek’s brother died of sleep apnea at the age of 39, and his brother was younger and thinner,” says Mrs. Sugg. “Derek told us about his own depression, headaches, and he had severe sleep apnea. Derek could not wear a continuous positive air pressure [CPAP] machine because he was claustrophobic and just CPAP intolerant. The oral appliance worked really well for him. Derek believes he could have played at least five more years if the oral appliance had been available.”

Eric Dickerson, current holder of the record for most rushing yards gained during an NFL season, makes the long trip from Los Angeles specifically to visit Sugg’s practice. “We made him an oral appliance,” Sugg says. “It got rid of his massive headaches. He sleeps great, and we rebuilt his entire mouth. I said, ‘Eric, I’m almost 2,000 miles away. Are you sure you want to make this trip?’ He said, ‘Absolutely’ and he had a lot of appointments.”

Longevity is impressive on its own, but the 40-year legacy of Harry Sugg, DDS, transcends the mere passage of time. As the owner of Dallas-based Wheatland Dental, Sugg has distinguished his dental career through an enduring dedication to his patients and the profession.

Much of that dedication demands an unrelenting willingness to accept change, as well as a desire to participate in continuing education courses. “These days, we literally don’t do anything like we did when I got out of dental school,” says Sugg. “The closest thing would be extractions.”

Pretty much everything else—fillings, crowns, root canals, partials, dentures, orthodontics—are all different today. As for treating sleep disorders; “We had no earthly idea about sleep,” Sugg muses. “We had no idea about disorders of the jaw joint and all the pain and headaches associated with it, or whatever ideas we had were totally wrong.”

To deal with the daunting explosion of new technology, Sugg has never fought progress, but instead has chosen to embrace new ideas. “They talk about being on the leading edge of technology,” he says. “I was on the bleeding edge.”

A lifelong obsession with motors and all things mechanical has served Sugg well, but may not have always led to harmonious relationships with roommates. Kerry Sugg explains: “At one time, Harry’s roommate had moved out and he could not figure out why. Well, Harry had his motorcycle in his dorm room along with part of a Corvette that he was working on.”

Early on, Sugg briefly dropped out of dental school to take a job as a pilot with United Airlines in Washington, DC. The career change ultimately proved short-lived, and he eventually came back to dental school.

As a working dentist in the real world, Sugg’s early-adopter ethos and mechanical mindset usually served patients and the practice well, but not always. “I would be number one way too many times,” Sugg says with a chuckle. “Sometimes I should have waited and at least have been number two. I got into things before other people worked the kinks out.”

A prime example was dental implants. Sugg installed a full mouth of implants on the owner of Curtis Mathis Televisions using the old Blade implants. Sugg admittedly “sunk a bunch of time and money” into the implants which were eventually made obsolete by new developments.

On the other end of the spectrum, Sugg worked closely with Dr. John Schoeffel for two and a half years to develop the Endo-Vac, which eventually became the standard of care in root canals. “That was a big winner for the improvement of patient care,” Sugg reveals.

So much willingness to try new things has led to a “closet full of stuff that I bought, tried out, and then decided not to use.” A typical ratio might be two or three enduring “winners” out of every 10 developments. “Are the other seven a waste?” asks Sugg. “No, they really were not, because you never would have found the two or three that worked if you had not tried all ten.”

As a pioneer in the field of electronic dental anesthesia, Sugg received an invitation years ago from 3M to be a guest lecturer. Sugg and his wife spent four days at 3M’s massive headquarters in St. Paul, Minnesota, meeting with execs, sales people, and technical staff. 3M executives were amazed at the testimonials that praised the electronic unit’s ability to reduce pain.

In the current era of widespread opioid addiction, Sugg muses that the innovation was probably ahead of its time. “I still use it to this day,” he says. “We’ve been able to reduce the use of opioids among patients by 70%.”

That spirit of innovation, community, and family is a familiar thread through Sugg’s past, present, and future. When Kerry and Harry’s daughters were young, they frequently helped out with the practice. They grew up, but that family atmosphere is still a vital part of the practice. “We live three miles from the office,” says Mrs. Sugg. “This is our community.”

Part of Sugg’s legacy amounts to a lead-by-example willingness to attend educational courses—a lot of educational courses. The proper mindset, Sugg contends, is to view continuing education essentially as a part-time job. “Alan Hickey [executive director of the American Sleep and Breathing Academy] just signed me up for a two-day course this October 2018 in Phoenix,” Sugg says.

“Professionals should be nothing less than continual students. It’s a choice.”

In his younger days, Sugg used to take courses “almost constantly.” These days, he laments that a relatively small percentage (about 20%) of the profession now regularly pursues continuing education. “When you would go to these courses, so many times a third or a fourth of the dentists were the same ones you saw a month ago at a different course,” he reveals. “The course-takers and the non-course-takers.”

Sugg’s deep educational dive took fruitful detours, particularly in the exploration of temporomanidular joint (TMJ) pain, eventually leading him to an association with Dr. Harold Gelb. Gelb’s world famous practice in the heart of New York City was considered the epicenter of TMJ expertise, and Sugg’s work with Gelb eventually landed him a place on the original Gelb Academy Board of Directors. “I was really privileged to work with him,” remembers Sugg. “Years ago, his rent alone in New York was a million dollars per year on the top floor. He is retired now, but it was impressive indeed.”

The commitment to education spread across the United States, and even internationally, with an invitation to Sugg to be the dean of a dental school in Dubai. Prior to that, representatives from the then Soviet Union asked if Sugg would host dentists from overseas.

“They had grown up under communism, and now they were trying to operate under capitalism,” says Kerry Sugg. “The request grew to 13 dentists, and Sugg and one other dentist in the region hosted them. The visiting dentists said they would never believe another negative thing about Americans because we were so generous with them. It was incredible.”

The Road to Sleep

About a decade ago, yet another course would lead to a deep involvement with oral appliances to treat sleep apnea. The class in Boston, taught by Ed Spiegel, led to additional courses in Phoenix—and eventually to a meeting with David Gergen, founder of the American Sleep & Breathing Academy.

“Dave Gergen changed my life, and I mean that from the bottom of my heart,” Sugg says. “He is passionate about anything he does. Numerous people had tried to get in with the National Football League [NFL], with absolutely no success. Dave went after it, and a year and a half later he was in.”

With help from the ASBA and Gergen’s leadership, oral appliances have gained respect within the medical community. Even though M.D.s occasionally hesitate to acknowledge the clinical importance of oral appliances, Sugg offers words of hope: “Some M.D.s still do not have a high opinion of oral appliances. The American Medical Association recommends oral appliances for mild to moderate sleep apnea, and yet too many M.D.s will recommend a CPAP across the board. We work hand in hand with M.D.s, and fortunately the medical profession is gaining a greater appreciation for the effectiveness of oral appliances.”

Sugg has been keen to address the problem of sleep disorders in children, an area he believes M.D.s and dentists alike have neglected. His most successful case involved a 6-year-old girl who was the shortest child in her class.

“She had daily nose bleeds, head aches, and would refuse to sleep in her bed, instead opting for a recliner where she could lie more upright,” Sugg explains. “She had bad snoring. In three days with a fixed oral appliance, she was sleeping in her bed with no nosebleeds, no headaches, and no snoring. In 17 months, she grew 12 inches.”

Oral appliances resonated with Sugg as soon as he discovered a simple fact; they work. The “does it work or not” philosophy has served him well and attracted a massive base of patients, including a few famous ones such as Charlton Heston (star of the legendary 1959 film Ben Hurr and the Planet of the Apes movies from the 1960s), and the actual coaches (Herman Boone and Bill Yoast) from the 2000 Remember the Titans film starring Denzel Washington as coach Herman Boone.

“I’m grateful for the knowledge my educational background has afforded me, and I always look forward to new and better ways to treat my patients,” Sugg says. “There is still an excitement about patient care. I am at the office all week. I have absolutely no plans to retire.”

“If you’re not getting enough oxygen, in the case of sleep apnea, it’s a big problem,” adds Kerry Sugg. “In the case of Derek Kennard, he was depressed with bad headaches. Typically a doctor would give him something for depression and/or something for pain control, when what he really needed was his airway open to get better oxygen. If your body is not getting enough oxygen, you are not going to be in peak performance.”