The DOT's War on Drowsy Driving 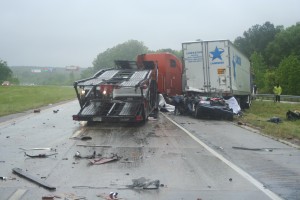 The AAA Foundation for Traffic safety has released a survey with details the warning signs of drowsy driving.

“People know that drunk driving is dangerous and [socially] unacceptable, but drowsy driving is a much more gray area. Drivers tend to underestimate its danger and overestimate their ability to deal with it,” says Bruce Hamilton of the AAA Foundation for Traffic Safety, which recently polled more than 2,300 Americans about the issue.

Signs he says drivers need to look for include:

The post From Truckers to Non Commercial Drivers: The Battle Against Drowsy Driving appeared first on Sleep Diagnosis and Therapy.