What Does Your Academy Do For You? ASBA Working With Congress, NFL/NBA Players, Transportation For Higher Reimbursements And Policy Changes To Make OAT Benchmark Therapy For OSA 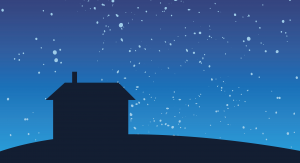 There was a time when snoring was considered annoying for bed partners or “funny” to listen to. Unfortunately, the “normal” sound of snoring has been found to be a general indicator of a possible abnormal condition known as obstructive sleep apnea (OSA). To-date, the only process used to diagnose OSA is to undergo an overnight study in a sleep lab or via a home sleep test (HST).

Sadly, sleep labs have proven to be costly for the patient and the health care system. With the sleep medicine industry growing exponentially, an alternative must be adopted. According to a publication by the Office of the Inspector General, Medicare payments for sleep testing increased from $62 million in 2001 to $235 million in 2009. In addition, patients find that they need to take time off of work, sleep labs are booked full for up to a month and the environment makes for an uncomfortable night’s sleep.

According to the Mayo Clinic, “These tests usually involve measuring your heart rate, blood oxygen level, airflow and breathing patterns. If you have sleep apnea, the test results will show drops in your oxygen level during apneas and subsequent rises with awakenings.” In most cases the test can also show the body’s positioning patterns during the night as well as a snoring index and time spent in different levels of sleep in the form of a visual timeline.

The American Academy of Sleep Medicine (AASM) gives approval of HSTs when the patient has a high risk of having moderate-severe sleep apnea, no other diagnosed sleep disorders, is 18-65 years of age and has no other major medical issues. The American Sleep and Breathing Academy (ASBA) fully supports the utilization of home sleep tests as well when medically indicated and within the guidelines set by the state and AASM.

It is important to know that as a dentist treating sleep disorders, it is imperative that you understand your state’s Dental Practice Act. Dr. Paul Van Walleghem DDS, FAGD, says, “If your state says a dentist is allowed to screen or titrate with an HST and your referring physician is in agreement, then you should be within the standard of care. If it is written in your Dental Practice Act that it is not allowed, then it is not allowed.”

Home sleep studies are also becoming increasingly popular in the industry due to insurance companies’ efforts, reports showing rising effectiveness, cost and patient satisfaction. The average HST cost is $400 as opposed to an in-lab study that can see upwards of $1200. The majority of people affected by sleep apnea would also prefer to sleep at home in their own bed because of advantages such as accessibility, affordability and convenience.

After attending the most recent AADSM annual meeting, many attendees felt that use of HST by dentists for screening or titration was discouraged because they “do not want to be involved politically”. Instead, the American Sleep and Breathing Academy feels that we need to be involved politically if we want to make changes and ultimately be able to offer more treatment opportunities for the millions of people suffering from sleep apnea in this country. That is why the ASBA is has received the support of current and former congressmen/congresswomen, NFL players, NBA players and transportation employees.