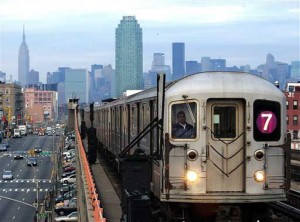 Drs. Elliott Alpher, Neal Seltzer and Michael Baylin met with a legislative aide for Senator Chris Van Hollen. (D - MD). Dr. Alpher and Dr. Baylin are Maryland residents. The three expressed concerns over the recent federal decision to halt work on a rule that would have regulated the diagnosis and treatment of obstructive sleep apnea in truck drivers and railway workers. Two weeks ago, the Federal Motor Carrier Safety Administration (FMCSA) and the Federal Railway Administration (FRA) discontinued the plan to establish a federal regulation. Instead the two agencies said that companies could develop their own standards.

The goal of the meeting with Senator Van Hollen’s legislative aide for health issues was to ask the Senator to seek renewal of the formal regulatory rule-making. In addition, the doctors requested that a dental sleep medical practitioner be appointed to the FMCSA Medical Review Board, which establishes medical standards for transportation workers and sets training policy for certified medical examiners.

During the 45-minute session, the doctors explained that transportation workers endure long hours and irregular sleep patterns making them at higher risk of suffering from obstructive sleep disorders. They added that an estimated 18 million people suffer but are undiagnosed or treated.

“The health and well-being of truck drivers is critical to everyone on the highway,” said Dr. Neal Seltzer of Long Island Smile.

“The lack of sleep and obstructive breathing are epidemics that will affect at least the next few generations,” said Dr. Elliott Alpher.

In a separate action, several senators called for Trump Administration to explain why it cancelled the rule-making. In a letter to the Department of Transportation on Monday, August 21, several senators asked for an explanation and all the documents that were used to cancel the rule-making process. The senators called on the Administration to reverse its decision.

“We strongly believe that DOT should immediately reconsider the decision to help avoid future fatigue-related tragedies.”

For several years, The American Sleep and Breathing Academy has advocated for science-based diagnostic and treatment guidelines for the commercial trucking industry. In 2016, ASBA members submitted more than 1,000 pages of expert comments to a proposed federal rulemaking that would have established incomplete, confusing and inconsistent regulations for the diagnosis and treatment of obstructive sleep apnea.

Establishing consistent, science-based guidelines for the diagnosis and treatment of obstructive sleep apnea will improve the health of the workers and make the roads safer.

Current FMSCA Medical Review Board guidelines base a diagnosis upon three criteria, while the ASBA standard includes 14 scientific and medical points, including intraoral exams and measurements and allows for a home sleep study.

Further, the FMCSA guidelines require the driver to stop working, go to a sleep lab and return to work only conditionally until there is a diagnosis and treatment. This is costly, time-consuming and by the estimates of one trucking association, can cost the driver $5,000 to $7,000 each time.

FMCSA guidelines dictate that the continuous airway device, CPAP, is the preferred method of treatment. Patients are required to wear the CPAP for only four hours during their sleep periods. Dental sleep appliances are allowed only after the failure of CPAP therapy to improve the patient’s breathing.

In addition to the obstructive sleep apnea rule-making, the trio asked that a dental sleep medicine practitioner be allowed to help establish the proper protocol and data analysis methods for a proposed FMCSA pilot program called “Split Berth.”  It will examine whether allowing drivers to divide their current 14-hour work schedule and 10-hour consecutive sleep requirements into periods they manage would be beneficial. Currently the pilot program is under consideration.

While the split berth idea is favored by truck drivers, Drs. Alpher, Baylin and Seltzer expressed concerns that the pilot program is being established without the expertise of dental sleep medicine specialists.