Attendees of the Sleep and Wellness 2016 conference at the DoubleTree Hotel in Scottsdale, Arizona, on April 15 and 16, 2016, voted on a new board made up of ASBA members.

The Board members and officers are listed below.

David Gergen, CDT and President of Pro Player Health Alliance, has been a nationally respected dental lab technician for over 25 years. He received the award for “The Finest Orthodontic Technician in the Country” given by Columbus Dental in 1986. He also has been appointed Executive Director of the American Sleep and Breathing Academy Dental Division, a national interdisciplinary academy dedicated to sleep training and education with over 60,000 members. David rolled out of bed on December 4, 1982 and had his career “ah ha” moment. He knew he was going to be an orthodontic technician and he knew he was going to help people all over the country to help treat their sleep disorders in partnership with their dentists. He has worked for some of the pioneers in the orthodontic and sleep dentistry fields. He was the personal technician for the likes of Dr. Robert Ricketts, Dr. Ronald Roth, Dr. A. Paul Serrano, Dr. Clark Jones, Dr. Harold Gelb, Dr. Joseph R. Cohen, Dr. Rodney Willey, Dr. Allan Bernstein, and Dr. Thien Pham. One of his proudest achievements is receiving The National Leadership award for Arizona Small Businessman of the Year in 2015

Alan Hickey was appointed Executive Director of the American Sleep and Breathing Academy "ASBA" in 2015. His mission is to integrate dentistry and medicine in the specialty of sleep medicine disorders. The ASBA develops education and training for sleep healthcare practitioners. Along with the clinical journal ‘Sleep Diagnosis & Therapy’ the ASBA publishes a consumer-orientated magazine titled ‘Sleep & Wellness’ which is distributed to over 127k dental and medical practices. The ASBA also hosts an annual convention in April every year for healthcare specialists.

Dr. Kent Smith is a Diplomate of the American Board of Dental Sleep Medicine and is on the Advisory Committee of the Australasian Academy of Dental Sleep Medicine. In 2007, he was asked to start a sleep curriculum at the Las Vegas Institute of Advanced Clinical Studies. In 2011, he started the SKISH Initiative ("School Kids in Safe Hands"), to keep bus drivers and students safe on the roads. In 2012, he was the first in Texas to be awarded a Dental Sleep Medicine Facility Accreditation and is the creator of the “Best Sleep Hygiene” app, which is a free download. That same year, he was asked to host a radio show on sleep disorders, and has been the host of “The Sleep Show” for the last 3 years, heard every Friday at 1PM on KAAM 770 in the Dallas area.

Dr. Erin Elliott is a practicing general dentist with a private practice in Post Falls, Idaho. She focuses on many aspects of dentistry including general and cosmetic dentistry as well as orthodontics and dental sleep apnea. Dr. Elliott is a past president of the American Sleep and Breathing Academy. Dr. Elliott has authored several articles on Dental Sleep Medicine, She is a regular contributor to Dental Economics including her latest article published in the October 2012 issue of Dental Economics entitled “Take the Time to Check for Sleep Apnea and “Pediatric Sleep Apnea” in the June 2013 issue of Dental Economics. She is considered a national expert in this growing field of dentistry and has lectured extensively educating dentists on how to incorporate dental sleep medicine into their practices. 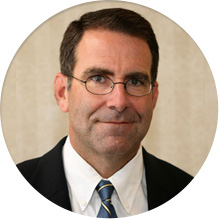 Dr. Paul Van Walleghem has been practicing Dentistry for 27 years and Dental Sleep Medicine for 22 years. He attended the University of Wisconsin-Madison and graduated from Northwestern University Dental School in 1986 with honors. Dr. Van Walleghem received his Fellowship in the Academy of General Dentistry in 1999, and is a member of the American Sleep and Breathing Academy.

Dr. Van Walleghem is credentialing chair for the board of the Sleep and Breathing Academy. BASBA is the board administers diplomacy review and testing for the ASBA. Earning Diplomate status from the ASBA is a unique honor that recognizes special competency in dental sleep medicine. 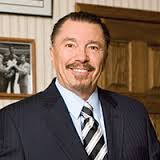 Dr. Richard Klein founded Michigan Head & Neck Institute, PC in 1985 to provide a place for people suffering from TMJ problems to seek specific treatment. After practicing general dentistry for 17 years (including the voluntary time he spent when he served as a Lieutenant in the US Naval Dental Corp), he saw a need to open a practice that exclusively treated patients with TMJ problems as he saw an increasing amount of patients with the relevant symptoms, and treatment for the condition was evolving. He later added the treatment of obstructive sleep apnea to his exclusive practice as he saw a growing number of people who suffered from the condition, and evolution in the treatment of such a sleep disorder included an oral appliance (mouthpiece) that could be made by an expertly educated dentist like Dr. Klein.

Mr. Randy Clare brings to American Sleep and Breathing Academy more than 25 years of experience in the sleep field. He has held numerous management positions throughout his career and has demonstrated a unique view of alternate care diagnostic and therapy models. Mr. Clare's extensive sleep industry experience and connections assist the American Sleep and Breathing Academy in providing current, relevant, data-proven information on sleep diagnostics, sleep therapies and industry trends. Mr Clare is manages the product Expo at our annual meeting.

Dr. Steve Carstensen, DDS, is the co-founder of Premier Sleep Associates, a dental practice dedicated to treating obstructive sleep apnea and snoring.  After graduating from Baylor College of Dentistry in 1983, he and his wife, Midge, a dental hygienist, started a private practice of general dentistry in Texas before moving to native Seattle in 1990.  In 1996 he achieved Fellowship in the Academy of General Dentists in recognition of over 3000 hours of advanced education in dentistry, with an increasing amount of time in both practice and classwork devoted to sleep medicine.  A lifelong educator himself, Dr. Steve is currently the Sleep Education Director for both Pankey Institute and Spear Education, recognized as among the finest places for dentists to further their education.  As a volunteer leader for the American Dental Association, he was a Program Chairman and General Chairman for the Annual Session, the biggest educational event the Association sponsors.

Dr. Rod Willey is a Diplomate of the American Sleep and Breathing Academy. He has dedicated his practice to treating sleep disordered breathing, snoring, obstructive sleep apnea, and oral facial pain (TMD). His career path has taken him from general dentistry to the study of functional orthodontics at the United States Dental Institute, to Neuromuscular Occlusion from the prestigious Las Vegas Institute for Advanced Dental Studies, to treatment of Obstructive sleep Apnea with Oral Appliance Therapy. 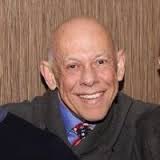 Dr Harry Sugg has related the following credo "Gaining the trust and respect of my patients and colleagues alike means that I've proven my expertise professionally and personally. But that's just a small part of why I maintain professional memberships. It is through these groups that I am able to learn a great deal of information on new advances in dentistry."

"I'm grateful for the knowledge my educational background has afforded me, and I always look forward to new and better ways to treat my patients."

"I like to think that I've been practicing 'people oriented' dentistry for the last 30 years. During each exam I spend a considerable amount of time just listening to the concerns of my patients, and helping them to understand why I've recommended a procedure, and what it will do for them." 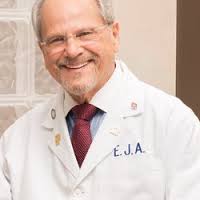 Dr. Elliott Alpher has dedicated his life to providing lasting relief to patients with sleep disorders and jaw pain. Among his many accomplishments, affiliations and credentials, Dr. Alpher has pioneered a conservative, non-invasive approach utilizing computerized and verifiable diagnostic methods to treat craniofacial pain as well as sleep disorders. This method of craniofacial pain and sleep disorder treatment has proven to be greatly successful, and is highly regarded as the first method of choice by physicians and patients.

Dr. Shad L. Morris began observing the toll that obstructive sleep apnea (OSA) was taking on the oral health of his patients. In particular a friend and dental patient whom he treated suddenly passed away in his sleep from obstructive sleep Apnea one night due to not wearing his CPAP.

Dr. Morris decided he wanted to help save lives through treating OSA.   In taking many continuing education courses on OSA, along with the trained staff, Premier Sleep Solutions is now saving lives daily. His involvement in sleep medicine turned from primarily screening for sleep apnea to now having very close relationships with sleep physicians and allied health professionals in the community in treating this disease. 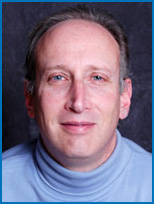 Dr. Jeffrey S. Rein received his Doctor of Dental Surgery degree from Loyola University School of Dentistry in 1982. He furthered his studies as a resident at Bird S. Coler Memorial Hospital in New York City where he met Dr. Seltzer. Then, together in 1984, they opened their private practice in restorative dentistry in Williston Park. Dr. Rein also continued his academic affiliations and served on the faculty at New York University College of Dentistry in both the Katherine S. Milbank Special Patient Care Clinic and the Department of Oral Medicine.

He has served as a distinguished committee member in the Academy of Dental Sleep Medicine. As a member, he actively worked to develop Insurance Reimbursement Guidelines and contributes to manuals used by dental professionals across the nation. Dr. Rein has extensive computer knowledge and has been involved as a consultant to many dental software companies aiding them in the development of software programs to more efficiently treat patients. 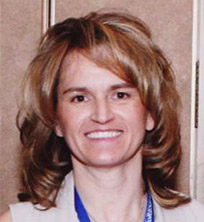 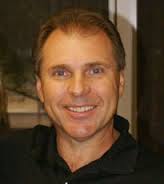 Dr. Kevin Mueller received is D.M.D. from Southern Illinois University School of Dental Medicine in 1980. He has specialty training in Sleep Apnea, advanced dental management of snoring and sleep apnea. He has additional training from the L.D. Pankey Institute and Seattle Institute.

He enjoys gold and ballroom dancing and is an Associate Faculty of Midwestern Dental School. 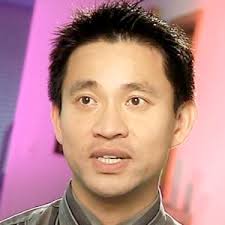