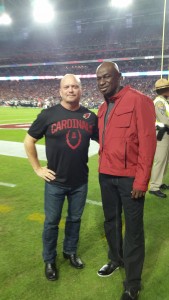 Arizona Cardinals legend Roy Green is probably best known for his speed that got him the 4.2 time in the 40 yard sprint. In fact, his out of this world speed and world class skill landed him the nickname “Jetstream” and earned him the respect of the greatest players across the league. Many consider him to be the greatest Cardinal of all time. 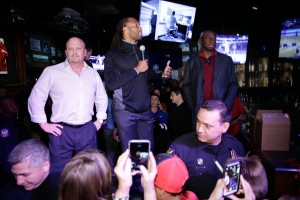 Unfortunately, Roy encountered serious health issues since hanging up the cleats for good. “I had some health issues for years including three heart attacks and two strokes. I definitely wasn’t sleeping — two hours max in the evening and I’d wake up and be up for another couple hours just back and forth,” Green said during an interview. “When you don’t sleep well, you’re just miserable the next day.”

It wasn’t since teaming up with David Gergen, President of Pro Player Health Alliance and Executive Director of the American Sleep and Breathing Academy (ASBA), that Roy Green learned the health complications he had were most likely caused by his sleep apnea. Roy mentioned he finally got tested, got the oral appliance and likes to joke by saying he now has more energy than he had when he was playing.

The results of receiving treatment for his sleep apnea were shocking to Roy who says, “I haven’t had any serious health issues since getting treated five years ago. Now Dr. Mark Castle, who recently achieved Diplomate Status in the ASBA, manages my treatment.” The overwhelming positive effects of the oral appliance caused Roy Green to shift his focus to helping improve the health of current and former professional athletes through promoting sleep apnea awareness across the country. After joining the cause and using his extensive amount of connections to players, he has helped get over 1400 former players tested and/or treated for sleep apnea.

Now Mr. Roy Green dedicates his time and efforts to the American Sleep and Breathing Academy and Pro Player Health Alliance. Making visits to members’ practices and attending all ASBA functions have become a part of his routine, which is why the ASBA is proud to offer congratulations to Roy Green after it was recently announced that he will be entering the Arizona Cardinals Ring of Honor.