With the Super Bowl coming up on Feb 3, 2019, the New York Times tackled the problem of obesity in retired National Football League (NFL) players. The Jan 17 NY Times article by reporter Ken Belson points out that linemen, in particular, “have higher rates of hypertension, obesity and sleep apnea, which can lead to chronic fatigue, poor diet and even death.” 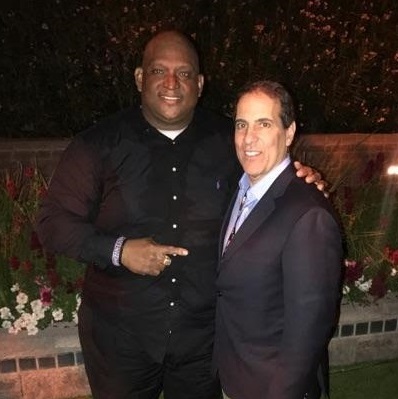 American Sleep and Breathing Academy (ASBA) Diplomate Anthony Scianni, D.M.D., is relied on as an expert in the article that specifically mentions a “mouthpiece” as a successful alternative to CPAP.

Belson writes: Former linemen have big necks, and as they age their throat tissue becomes flabby, so their tongues can block their airways, said Anthony Scianni, a dentist who runs the Center for Dental Sleep Medicine, which works with former N.F.L. players. The lack of oxygen, Scianni said, stimulates the body to produce more sugars, which can cause Type 2 diabetes and lead to overeating and other problems.

Belson outlines the case of Derek Kennard, a 12-year pro who played offensive line, as a primary beneficiary of sleep apnea treatment. Kennard has worked closely with the ASBA to lower his AHI from 72 to 2, eventually losing 145 pounds thanks to extra energy from better sleep.

“After his brother died in 2009, Kennard, who is 6-foot-3 and whose weight peaked at 465 pounds, sought help,” Belson writes. “He was tested for sleep apnea and was told he woke 77 times per hour. One episode of not breathing lasted 1 minute 32 seconds. Because he flips in bed as he sleeps, Kennard had trouble wearing the mask of a CPAP machine, which delivers continuous positive airway pressure and is the standard treatment for sleep apnea. He switched to a mouthpiece that kept his airways open. He now wakes just twice an hour, and sleeps about seven hours a night. His weight fell to about 350 pounds, and he stopped taking painkillers.”

Roy Green, a 13-year NFL veteran who played primarily as a wide receiver, Kennard, and David Gergen, CEO of the ASBA, have spread the word about OSA through the ASBA-affiliated Pro Player Health Alliance, holding free public awareness events in cities across the United States.

Prior to his work with the ASBA and the NFL, Scianni had made his mark in traditional restorative dentistry with a successful private practice (Renaissance Smiles) in Colts Neck, NJ. Twenty-four months after joining the ASBA, he has been elected to the ASBA board, appointed interim vice president, and is one of the rising stars in dental sleep medicine.

“The effects of concussions on retired NFL players have been in the spotlight for years now,” said Gergen. “The fact that the New York Times is highlighting obesity-related sleep apnea shows that our message is getting through. The NY Times is relying on an ASBA Board Member [Scianni] because his work with retired NFL players, and other patients, is showing real results. Those ‘mouthpieces,’ a.k.a. oral appliances, are helping former players improve their health. CPAP is not the only valid treatment for sleep apnea, and the NY Times is validating what we’ve been saying for a long time.”