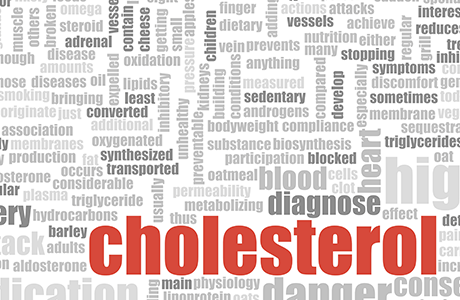 Previous studies examining the relationship between the blood lipids and asthma have yielded ambiguous results, despite the association of hypercholesterolemia with a skewing of the adaptive immune response toward a TH2-oriented response, which is also seen in asthma and related disorders.

Increasing LDL-cholesterol levels were associated with a 93% increase in the odds of concurrent asthma after adjustment and a significantly increased risk of airway obstruction, the researchers reported July 3 in the Journal of Allergy and Clinical Immunology.

High triglyceride levels were significantly associated with a doubling of the risk of aeroallergen sensitization, but not with the other measures.

Dr. Bisgaard said there are no immediate clinical implications of these findings.

“The study is seeking to understand the origins and mechanisms of chronic inflammatory disorders such as asthma and allergy,” he said. “This insight will build the foundation for future prevention and treatment.”

The researchers add, “Further longitudinal studies are required to evaluate a potential modifiable link between an unhealthy blood lipid profile and asthma and allergic sensitization.”

Dr. Yang-Ching Chen from Taipei City Hospital in Taiwan, who was not involved in the new work, also found a link between LDL-cholesterol and asthma in an earlier study.

“Further studies might focus on the possible detailed mechanisms of hyperlipidemia in asthmatics,” Dr. Chen added.

« Could the CPAP machine really be the dirtiest place in the home?
Lessons Learned about Airway and Respiratory Illness at the World Trade Center »
Copyright © American Sleep and Breathing Academy