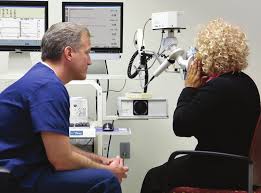 There are few events in our collective consciousness that have united us as a country like the events of 9/11. Everyone knows where they were on the day, what they were doing and how they felt.

Lessons learned by early responders on that day have taught us a great deal about dealing with disaster and managing the aftermath. The following abstract is interesting in the context of our knowledge of the health effects on the men and women who stayed onsite to clean up the rubble. At the time it was well understood that the dust must be toxic or that breathing the dust would have some detrimental impact on the health of the cleanup teams. Following is an excerpt from a report by the City of New York entitled “What we know about the health effects of 9/11”.

This abstract set out that testing done onsite using forced spirometry the standard of care to measure lung function at the time, appeared normal. It is very possible that the early diagnosis of diminished lung function of this kind requires much more specific diagnostic protocol such as Impedance oscillometry (IOS).

One hundred seventy-four subjects with respiratory symptoms and normal spirometry results were evaluated. Impedance oscillometry (IOS) was performed to determine resistance at 5 Hz, 5 to 20 Hz, and reactance area. Forty-three subjects were also tested for frequency dependence of compliance (FDC). Testing was repeated after bronchodilation.

Symptomatic individuals with presumed WTC dust/fume exposure and normal spirometry results displayed airway dysfunction based on the following: (1) elevated airway resistance and frequency dependence of resistance determined by IOS; (2) heterogeneity of distal airway function demonstrated by elevated reactance area on oscillometry and FDC; and (3) reversibility of these functional abnormalities to or toward normal following administration of a bronchodilator. Since spirometry results were normal in all subjects, these abnormalities likely reflect dysfunction in airways more distal to those evaluated by spirometry. Examination of distal airway function when spirometry results are normal may be important in the evaluation of subjects exposed to occupational and environmental hazards.

This is another article on the same topic; Respiratory Symptoms and Physiologic Assessment of Ironworkers at the World Trade Center Disaster Site