Dr. Kent Smith, D-ABDSM, ASBA has been fighting the good fight for sleep apnea awareness for most of his career. The founding director of Sleep Dallas is a longtime advocate for dental sleep medicine, and a dental sleep practice pioneer. He’s also the president of the American Sleep and Breathing Academy, and the owner and primary facilitator of 21st Century Sleep Seminars, a series of training events that prepares dental professionals to incorporate dental sleep medicine into their practices.

During his two decades in dental sleep medicine, Smith has seen his fair share of high-minded statements from sleep-related medical associations, and he views each with gratitude and optimism. He also knows, however, that mere lip service won’t be enough to move the needle in the right direction with regard to sleep dentists’ ability to most efficiently and effectively care for their patients.

So, when the American Academy of Dental Sleep Medicine (AADSM) recently took the position that it is within the scope of practice for a qualified dentist (a dentist who treats sleep-related breathing disorders and who commits diligently to their continuing education) to order and administer home sleep apnea tests (HSTs), Smith found himself once again feeling a bit torn on the topic.

The following Q&A covers Smith’s perspective on the AADSM statement and the overall state of the dental sleep medicine industry: 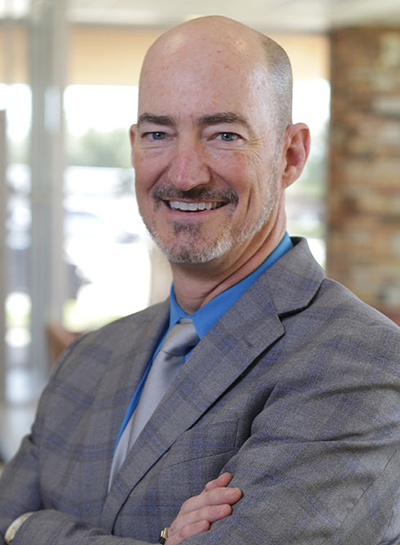 Will the AADSM’s statement influence public and/or private payers? How about the physicians in the American Academy of Sleep Medicine (AASM)?

Smith: I was happy to see the statement and appreciate that the AADSM is promoting this—I think it is an important addition to the conversation. As for whether the statement will have a tangible impact, I think we have to continue to beat the drum, find prominent platforms for our cause, and insist on change if we’re to see the insurance companies, the state boards, or even the AASM change their policies and/or official positions.

Why don't insurers pay for tests that dentists order? What are the odds that the AADSM position statement will hold water with insurers?

Smith: Insurance companies are in business to make money and will put up as many coverage roadblocks as they can to maximize profits. Whether or not the AADSM position statement will hold water with insurers remains to be seen. HSTs are becoming more commonly used to diagnose OSA because of their cost-effectiveness and convenience to patients, and while some insurance providers have gotten on board, many have not. With Medicare, for example, sleep studies administered by dentists are not covered. Cigna follows suit—their stance is, ‘We agree with Medicare. We're not going to pay for home sleep tests if dentists give them out.’ If we can convince Medicare to change its policy on HSTs, we’ll likely be able to influence other insurers.

Do you see it as a long-term goal to change Medicare’s policy around HSTs administered by dentists?

Smith: The long-term goal is to decrease the roadblocks that stand in the way of sleep apnea patients getting a proper diagnosis and effective treatment of their condition. For dentists treating sleep, insurance coverage is a major obstacle, so yes, I would love for Medicare—and all insurers with similar coverage policies—to change their ruling, change their systems, and cover HSTs administered by dentists. I hope this message from the AADSM is a precursor to change. That would be fantastic.

When working for change, how important is it to work with sleep physicians?

Smith: Sleep physicians are paramount to our efforts. As a medical community, we must work together to ensure patients have access to the treatment options they need, and that begins with ensuring those of us on the frontlines for diagnosis aren’t restricted by the kinds of policies we’re encountering with regard to ordering or administering HSTs.

Smith: I’m really hopeful and optimistic about the inroads we’ve made in the last five to 10 years building relationships with and helping educate sleep physicians about oral appliances. Certainly, there is still some misunderstanding, especially as it relates to medical insurance covering the treatment. ResMed released some findings a few years ago that showed that physicians are just unaware that insurance, including Medicare, will pay for an oral appliance. It’s unfortunate because that means that they are less likely to offer an oral appliance as an option to their patients who might really benefit from one. Clearly, we have continued work to do to close that gap with sleep physicians.

What about non-sleep physicians?

Smith: In my experience, non-sleep physicians are often more open to our partnership and collaboration. For sleep physicians, they can be territorial about who they’re willing to allow into their “arena” or trust with their patients’ care. And I understand their reticence—look, they’ve had years of training in their specialty and some dentists begin practicing sleep after a weekend course. That’s not to say that a dentist isn’t qualified, but when you look at it from the sleep physician’s perspective, it’s easy to understand.

What is the level of sleep awareness among general practitioners?

Kent Smith, DDS - At a Glance