Regulators and Congress to Review Oral Appliance Therapy as Benchmark for Mild to Moderate OSA and Tackle Transportation Industry!

Whether it’s the slow degradation of bodily organs over many years, or a train conductor falling asleep at the switch, sleep apnea causes more than its fair share of human misery.

Regulators charged with overseeing the transportation industry are paying attention to the problem as evidenced by a current proposal to issue a regulation (Federal Motor Carrier Safety Administration - 2014-0419). The proposal could result in a regulation that would significantly influence screening, diagnosing, treating, and tracking compliance for OSA in highway and rail professionals.

Regulators want solutions, and oral appliances are increasingly part of the conversation. The comment period for FMCSA-2014-0419 has been extended to July 8, and dental professionals are encouraged to make the case for oral appliances by clicking here and adding their comments (546 comments have been added to date). 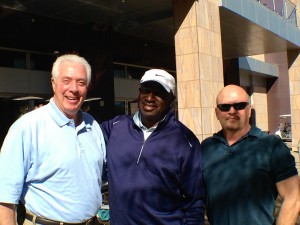 For those who make their living in sleep medicine, the time is ripe for opportunity. Consider that earlier this year, Gov. Andrew M. Cuomo of New York declared that conductors and engineers with two commuter railroads must be tested for sleep apnea. The move came two and a half years after a deadly derailment in the Bronx that killed four and injured dozens. The conductor was found to have “severe sleep apnea.”

According to an article in the New York Times, “Mr. Cuomo, a Democrat, said the testing would be required for employees of the Long Island Rail Road and the Metro-North Railroad.

What starts in New York rarely stays there, and former Congressman Marty Russo, along with the American Sleep & Breathing Academy (ASBA), is advising dental sleep professionals to continue the momentum and make their voices heard in the comment phase of the FMCSA regulatory proposal.

“The National Transportation Safety Board, in their 2016 report, said one of the top priorities is to reduce accidents related to operator fatigue,” says Russo, a U.S. Representative (D-Ill) from 1975-1993, now CEO of Russo Capitol Strategies. “Operator fatigue can happen from many different factors, but one of the biggest is untreated sleep apnea. They are much more aware today than they ever were.”

CPAP is generally more well known among members of the general public, and Russo suspects much the same can be said about transportation officials who are not always aware of the latest technology in treatment. “Some patients respond better to CPAP, and others do better with oral appliance therapy,” he says. “They should both be available. Oral appliance therapy has newer technology, and sometimes the latest advancements are not well known. Compliance is the critical question. Whatever you can do to make patients compliant is what we should do.”

Dr. Elliott Alpher, on staff at George Washington University Hospital, is heading up a team to represent the dental sleep medicine community during a special presentation to Congress scheduled for Sept 27, 2016. 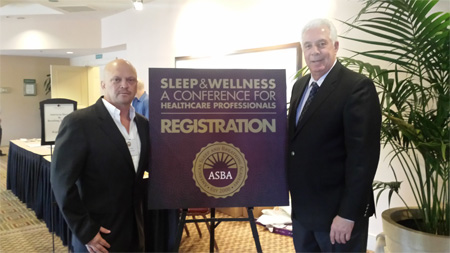 “David Gergen, CEO of the ASBA selected this team,” says Alpher, who recently headed a delegation to the FMCSA and Medical Advisory Board (MAB) to introduce micro recorder compliance in oral appliances. “Dr. Neal Seltzer from Long Island, NY, will be part of the team and presenting on the evolution of oral devices, specifically talking about the Herbst appliance, and why the government chose it as the go-to mechanism for treating OSA.”

After Gergen, Seltzer, and additional clinicians give testimony about the power of treating sleep apnea with oral appliances, the panel will get a dose of star power when NFL greats take the podium. “Eric Dickerson, Marcus Allen, Roy Green, and others will give personal experiences of being treated for sleep apnea,” enthuses Alpher. “Roy Green suffered three heart attacks and two strokes, and had never been diagnosed with sleep apnea. David Gergen met Green many years ago, got him treated by Dr. Mark Castle, and he has had no issues after being treated more than six years ago with only oral appliances.”

“Our objective is to make oral appliances the true benchmark for mild to moderate sleep apnea,” says Gergen. “We know big CPAP manufacturers have their lobbyists to ensure that does not happen, even though in 2006 the government said oral appliances should be a treatment option. We’re fighting every step of the way.”

“David Gergen has done more for dental sleep medicine in four years than the entire industry has done in 30,” adds Seltzer. “He is turning this industry on its ear. Joining the ASBA is one way to encourage that kind of leadership, and ensure that the dental sleep community continues to progress in the right direction.”

« Increase Accuaracy and Improve Your "Sleep Bite" With The Ricketts Phonetic Bite Given To You By The Man Who Worked Alongside Of Him For Years-David Gergen
Transportation Industry Regulators Are Looking for Solutions: A Conversation with Marty Russo »
Copyright © American Sleep and Breathing Academy