Increase Accuracy and Improve your "Sleep Bite" with Ricketts Phonetic Bite. Given to you by the man who worked alongside of him for years - David Gergen 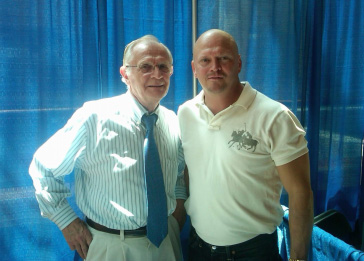 Oral appliance therapy is considered an effective treatment for snoring and obstructive sleep apnea (OSA). The appliance functions by supporting the jaw in a forward position to help maintain an open upper airway. When utilized properly, it is worn at night and fits like a mouth guard used in sports. The success of the appliance, however, depends largely on the quality of the bite registration taken. While many view the process as an uncomplicated procedure, if it is not done using the correct technique with precision it could negatively impact the treatment. 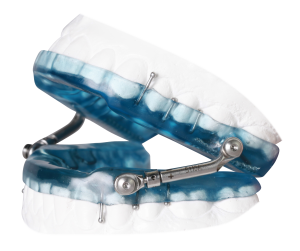 The late Dr. Robert Ricketts DDS, NMD was a well-known and arguably the greatest orthodontist of all time. A leader in orthodontic instruction, a professor and noted researcher in many areas of dentistry including craniofacial growth and development, TMJ, orthodontics and esthetics invented what is known as the the Ricketts Phonetic Bite. The Ricketts Phonetic bite may be used for patients suffering from snoring or obstructive sleep apnea and it determines the position of the mandible that creates the so-called sweet spot for patients using oral appliance therapy. This technique was invented by Dr. Ricketts in 1986, he trained Ed Spiegel. Dr. Ed Spiegel became the Godfather of Dental Sleep Medicine and went on to train hundreds of dentists in the field.

INSTRUCTIONS ARE AS FOLLOWS

1. The dentist should instruct the patient to sit upright in the chair.

2. The dentist should instruct the patient to count out loud numbers 55-75. Notice numbers 5,8,9 for vertical opening and 66 for maximum anterior posterior positioning. If you do not get the desired AP with the "ss" sound, you can use the second "s" sound,"sh"to acquire the max AP. The "n" sound in 69 will drop their mandible vertically as well and give you their full natural opening The "n" sound is a straight vertical drop wherever you're at in speech; using the word "shun" is another method for obtaining the best AP position.

3. The dentist should use a round surfaced instrument as opposed to a flat one (for anterior stabilization during the registration) between teeth #8 and #9 to hold that position of the jaw.

4. Use a fast set bite registration material to capture the bite.

You will always want to start with having the patient occlude their teeth a few times in order to make a mentalimage of their natural occlusion. Having the patient counting those numbers should give you a feel for the most balanced yet natural vertical opening.

All three types of basic classes of anterior occlusion must open to disclude the posterior teeth in order to allow a person to speak and when "ss" sounds must be made,at least 1 to 1.5 mm of clearance must be developed between the upper and lower centralincisors Note that saying "s" will not be sufficient; you will actually have to force the sound to occur using it in a word, as seen during the count in numbers that contain the "ss" sound or like with the word "Mississippi". 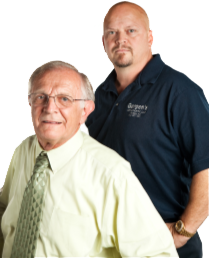 The amount of disclusion depends on the degree of forward movement of the teeth from centric relation to their "ss" position.These movements define the incisal guide angle and represent vertical and horizontal overlaps of the teeth. Thus, the greater the forward movement, the greater the amount of posterior disclusion and the resultant "s" space - or posterior speaking space as found in the number "66" and word "Mississippi".

Once again, repeat these steps a few times to make sure you get the same results. It is important to capture the optimum vertical as it is much harder to adjust after the appliance is fabricated.After using this technique, utilize the Airway Metric System by placing the correct jigs correlating with the sleep bite for reference lean the patient back in the chair and see if they can snore. If they cannot, ball game over. I specifically instruct doctors to only use the Ricketts Phonetic Bite with NFL players because of the accuracy and rate of success. For example, Super Bowl Champion Derek

Kennard's AHI went from a 72 to 2 on the first try using this technique. In 1991 Dr. Ricketts his personal CDT David Gergen trained Dr. Ed Spiegel in TMJ therapy and Sleep Disorder Dentistry.

Demonstrated at the ASBA study clubs in a workshop setting.