David Gergen launched Gergens Orthodontic Lab in 1986. He is a serial entrepreneur, and investor in several other companies. I met David Gergen many years ago in Minneapolis. I had heard stories about him and expected to encounter a Paul Bunyon like character. To my surprise, he was only about 5’7”, but I would not want to be in the vicinity if he swung an axe. What he lacks in height, he makes up for with intensity. The discussion that follows delves briefly into aspects of his personality and behavior in order to shed some light into the mindset of one of dental sleep medicine’s truly unique entrepreneurs. 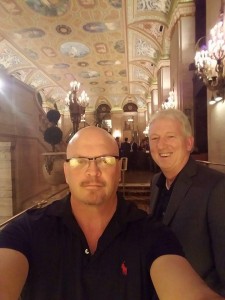 David approached me, told me he needed an excellent IT guy, and revealed that the old owner of the academy he was involved with had run off with the money. The academy at the time was a couple of hundred thousand dollars in debt and Gergen was cooperating with authorities to get things back in order. That was the bad news.

The good news was that a lot of the debt would eventually go away and Gergen would fund the academy to keep the doors open, which meant no money out of pocket. Better still, the academy had a solid 150 members on the dental side separate from the hundreds on the medical side.

Unfortunately, he could not retain the medical side or offer them anything of value at that time, so he wanted my help restoring it in the near future—making the ASBA a multidisciplinary academy serving both medical and dental sleep professionals. I'm presented with opportunities every month, and as challenging as this was, I said yes, because of Gergen's reputation as a leader, business entrepreneur and an unnatural ability to out-work anybody.

I told him when my wife finds out what I’m doing, she will think I'm crazy because it was going to require a lot of gratis work, but ultimately for a good cause. After I agreed to join, Gergen said, "Oh by the way, we have two months to plan a meeting. There are already 25 doctors registered and they have already paid the money. We need to do this so they don't feel ripped off."

This was the first time I began seeing the true ambition of David Gergen. An ambition to excel is not the only phrase I would use to describe what he does. It’s coupled with a willingness to succeed and an indomitable spirit. Two months later, on the first morning of the conference, the halls of the DoubleTree were filled with attendees. I couldn't believe my eyes. Now, two years later, the ASBAhas almost 1,000 dental members and receives calls daily from medical doctors wanting to join.

I was speaking recently with Dr. Neal Seltzer who told me David has done more to promote public awareness of dental sleep medicine in the past four years than the industry has done the past 25. He described, "Gergen as a “star”. “He's bringing sleep awareness not only to the public but also to the NFL, congress, attorney general, and senators”.

The American Sleep and Breathing Academy is now thriving and legitimate. The 501(c3) has been filed and we are about to reinstate all of the medical members from the past. This year will be the last year the academy will be geared only toward dentistry. Next year (2018) will be the first year that dental and medical will all be at the conference under one roof, because the ASBA will be a true multidisciplinary academy.

There is no doubt that David’s qualities have brought him a great deal of success. His charismatic persona, rebellious spirit, and his easy-going nature play a big part in it. While the professional societies in the space play it safe and keep growing under the cloak of educational respectability, which although are very important don’t get us to where we need to be as an industry. Someone has to have a vision for where we want this industry to be in 5-10 years time. To experience what David wants to share with our community, please join us at our annual Sleep & Wellness conference April 21-22 in Phoenix, AZ. David will host a panel of like-minded professionals and Doctors who all share in the same vision for dental sleep medicine.