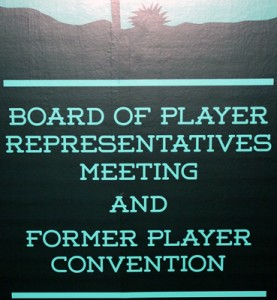 Harnessing America’s obsession with the National Football League (NFL) to boost awareness about sleep apnea is a tactic used to great effect by the American Sleep and Breathing Academy (ASBA). ASBA doctors were the only sleep physicians and dentists invited to a recent National Football League Players Association (NFLPA https://www.nflpa.com/former-players/events ) meeting in Scottsdale, Arizona, an event that hosted free health screenings for recently retired players.

More than 90 retired players took advantage of the screenings where they were assessed for body composition, blood pressure, pulmonary function, hearing, sleep apnea, and more. In conjunction with the Living Heart Foundation (for general health) and the Pro Player Health Alliance (PPHA), ASBA Diplomates helped every player to get tested for sleep apnea, and many players were referred to ASBA dental sleep specialists for oral appliance therapy.

“The players loved it,” said David Gergen, CEO of PPHA and ASBA. “We had our lab make some of the appliances and deliver them the next day since we were in Arizona and the lab was nearby.”

A Mayo Clinic Study, in collaboration with the Living Heart Foundation, found that 46% of retired players have sleep apnea, and Gergen believes that number is low. Retired players need help dealing with sleep disorders and their notoriety only boosts awareness for oral appliances. Local and even national media pick up on the excitement to spread knowledge beyond the CPAP realm. 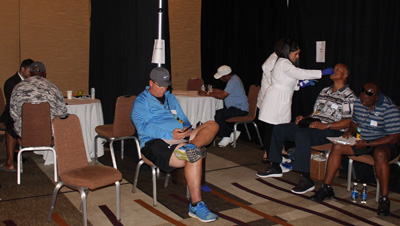 As an Academy that focuses on the dental side of sleep medicine, the ASBA is keen to inform players about the efficacy of oral appliances. Many players are not even aware of oral appliances until they receive education from the ASBA. “Some of the players had been told they had sleep apnea before, but they had not been told about the dental option,” laments Gergen. “The dental option is such a hit because it is so un-invasive. Football players are used to dealing with mouth pieces in the athletic setting.”

That preference toward the un-invasive nature of oral appliances naturally extends to the general population, many of whom are not receiving the full story. “The medical community does not inform people,” says Gergen. “Patients are not getting enough information about their therapy options, and they don’t know what they don’t know.”

Part of the problem is the persistent notion that CPAP is the so-called “gold standard” and should always be    a first option. As an outspoken advocate for oral appliances, Gergen bristles at the “gold standard” notion, contending that any modality that yields such low compliance is bound to fall short as a measure of excellence. 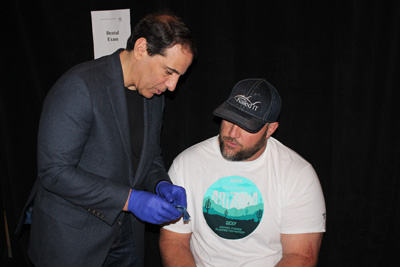 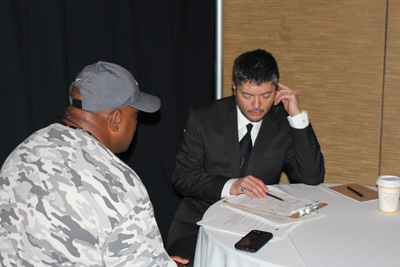 Gergen acknowledges that spreading awareness is an “uphill battle,” thanks largely to huge companies that continue to spend millions of dollars to brand CPAP as the best option. “They have spent a lot of money to tell Americans about CPAP ” he says. “With the ASBA, I am saying, ‘That is not the case.’ We are fighting to give patients more treatment options, and we are determined to win.”

Plenty of prominent physicians are aligning with the ASBA joining the fight and openly questioning CPAP’s role as the supposed “gold standard.” Steven Y. Park, MD, a physician in private practice, points out on his Web site that CPAP is consistently mentioned as the “gold standard” treatment option for obstructive sleep apnea. “I find this odd,” writes Park, “since the overall success rate for CPAP is disappointing, especially if you look at overall acceptance and compliance numbers.

“Some people may take exception to what I have to say, but here are the facts,” continues Park. “Theses are only rough estimates, but if you take 100 people who are newly diagnosed with obstructive sleep apnea, only about 1/2 are willing to even try it. Of the people who give it a try, maybe about 1/2 end up using it regularly, and of those who use it regularly, perhaps 1/2 continue to use it for more than 1-2 years.” 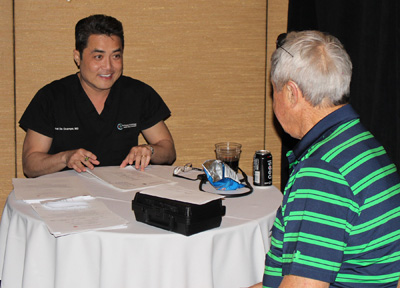 With the documented challenges to CPAP compliance, the fact remains that oral appliances are an attractive option for many patients. Dentists looking to capitalize on the rising numbers of newly diagnosed patients need to know the clinical and financial tips that can mean the difference between success and failure.

The ASBA Annual Meeting, scheduled for April 21-22, 2017, in Phoenix, Arizona, is the place to find this knowledge. With a laser-like focus on the business side of sleep medicine, it is the conference for dentists who are seriously interested in sleep medicine.

Ultimately, dentists who are helping many patients, and succeeding financially, are not merely “dabbling” in sleep medicine. Instead, more than 50% of their practices are sleep.

“I have spoken with several physicians over the years and some say, ‘I sent the patient to a dentist and it did not work,’ and that is because the dentist was not properly trained,” says Gergen. “That is why the ASBA is so important. Dentists trained by our Doctors know what they are doing—clinically and financially. If you get a dentist who makes an appliance that does not work, it hurts the dental sleep medicine industry as a whole.” 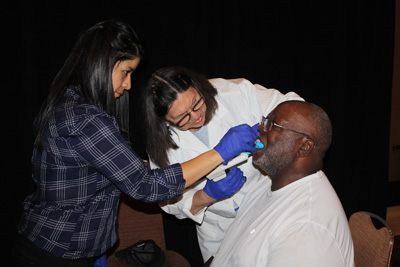 For dentists who are interested in treating retired NFL players, the ASBA conference will be covering ways to participate in the newly created Greater Good Fund, a $42 million court-ordered fund specifically earmarked to help gridiron veterans. “This money is now going to benefit the former players and dentistry is part of that,” enthuses Gergen. “It’s a compensation plan for physicians and dentists to be paid out of this fund. It covers all forms of dentistry, including oral appliances."

You may also register for the Sleep and Wellness Conference Here http://sleep-conference.com

« Sleep Dentist Dr. Dian Olah Forges Her Way to the Top in California
Board Director, American Board of Dental Specialties Speaking at ASBA Conference - Dental Sleep Medicine as a Sub-Speciality »
Copyright © American Sleep and Breathing Academy